My Secret Frustration: When A Fan Turned Copycat

Have you ever floated an idea for a product or resource out in a Facebook group or some other place where you’re hanging out with your peeps and had a bunch of people raise their hand to say ‘I’d buy that in a heartbeat!’

So you go off into your bat cave and build the product. You come back and say ‘Ta daaaa!’, excited to see the flood of purchases come through…. only the flood doesn’t come.

You have to be wondering at this point, what’s happening? Where are all the people who said they’d jump on it on sight?

This came up through a recent #mysecretfrustration submission recently.

“What do you do when someone tells you they will buy something from you if you make it – but then when you make it they don’t follow through? I sent them the link and days have passed and I want to remind them but is that me being pushy? There are several people who said they would gladly buy my product when I put it out – but none of them have put their money where their mouth was and it’s bumming me out.”

My anonymous friend is experiencing something a lot of people deal with and I’m grateful for the topic introduction!

As I do with all of these submissions, I posted it in the Love People + Make Money community for input.

Lane Therrell of Daily Inspired Health pointed out something: “The good news is that your audience is engaged enough to make requests. That’s definitely a win.”

Tara Alexandra of Michigan Entrepreneur added: “I think people say a lot of things with the best of intentions. What might have seemed like a good idea at the time, might not land with the same level of enthusiasm a week or even a day later. They may have moved on with other thoughts, ideas, or just plain old life distractions. Don’t take any of this personally.”

So What Can You Do?

Many of the people around you want to be supportive and as Tara pointed out, they mean well. In a situation where you’re asking them if they have interest, words are basically cheap.

Jessica Larrew of The Selling Family shared a relevant story when she spoke at Exposure & Profit in 2017. Her community was asking her to create a course about her success in selling on Amazon.

She didn’t say, ‘If I build it, will you buy?’ Instead she said, ‘I’ll build it IF you buy’. She put up an order button and said she’d make the course if she had a certain number of pre-orders.  (And the orders poured in!)

I think that approach is brilliant!

If you have an idea for a product, go ahead and do that community market research. Consider going all out with a pre-order offer like Jessica to see if your people are really turned on by your ideas.

Want to submit your own secret frustration and get feedback from the community? You can do that here. 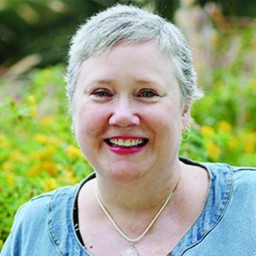 I'm all about Content Marketing here at Love People + Make Money. I love to coach and collaborate with other content creators, so never hold back from sharing your ideas with me! - Kelly McCausey

P.S. I've got openings in my People Power Private Coaching program RIGHT NOW. Reach out to me about a consult!

Comments Are My Content Love Language: Leave Me Some Love!